The Viva México team chooses Marina Coruña as the European base 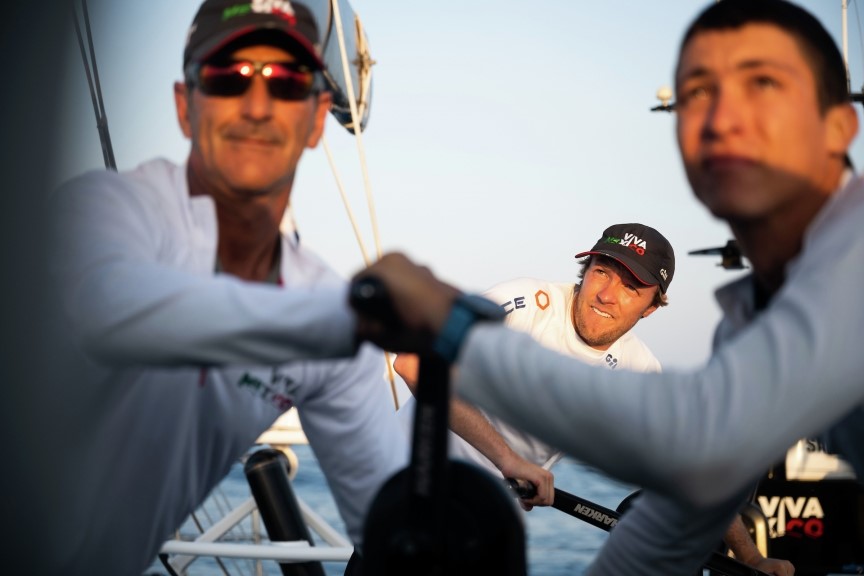 The Viva Mexico team has left its home port of Acapulco, for a transatlantic voyage ahead of The Ocean Race Europe.

It was on the 9th april , in 1974 that Sayula II, skippered by Ramón Carlin, and representing Mexico, stunned the world by winning the inaugural Whitbread Round the World Race. Since then, no Mexican team has entered the race. Until now.

The Viva Mexico team has acquired a VO65 boat and is aiming to enter the 2022-23 edition of The Ocean Race. But first, there is The Ocean Race Europe.

So the Mexican team is now en route from its home port of Acapulco to Europe, with its eyes on a new challenge.

You can find out more about which cookies we are using or switch them off in settings.

This website uses cookies so that we can provide you with the best user experience possible. Cookie information is stored in your browser and performs functions such as recognising you when you return to our website and helping our team to understand which sections of the website you find most interesting and useful.

Strictly Necessary Cookie should be enabled at all times so that we can save your preferences for cookie settings.

If you disable this cookie, we will not be able to save your preferences. This means that every time you visit this website you will need to enable or disable cookies again.

This website uses Google Analytics to collect anonymous information such as the number of visitors to the site, and the most popular pages.

Please enable Strictly Necessary Cookies first so that we can save your preferences!